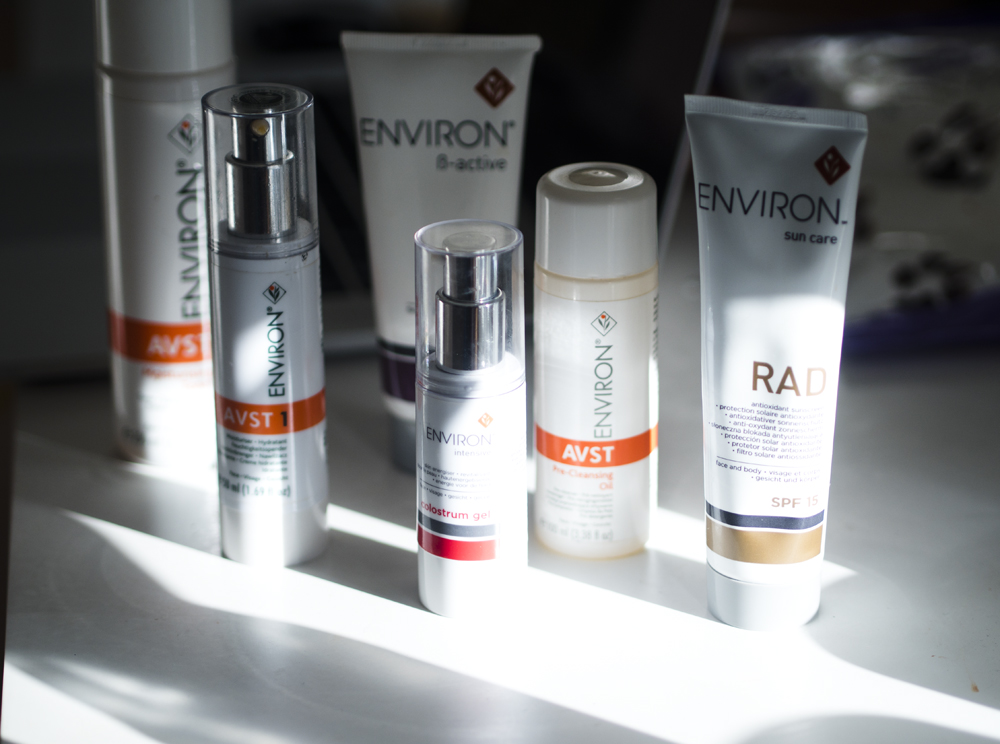 Day 30 of my journey to Beyonce-level #flawless skin

Firstly, huge apologies for the delay in this post and video!

It was scheduled to go live two weeks ago but I had to finish the final video whilst on holiday in Thailand, realised the old laptop I had taken didn’t have iMovie, tried to download iMovie, and subsequently overloaded the old computer with data it didn’t have space for and it wouldn’t turn on so had to strip it and re-download the software from scratch. So I figured rather than reattempt, it’s best to just cut my losses and get it finished and posted when I’m safely back home! See, you try and be sensible by not taking your brand new MacBook away with you incase it breaks (read about my last disaster when that happened here) or gets stolen and then something else happens!

But anyway, excuses aside, it’s time for an update on the #100DayReset challenge I’ve been doing with the iiaa. To recap quickly, I’ve ditched my rubbish old skincare routine for 100 days in favour of using a three-pronged approach with daily ANP supplements, Environ skincare, and Jane Iredale mineral makeup, along with weekly cool peel facials at the Skin3 salon. As I’ve said before, I’m a huge sceptic when it comes to skincare products as there’s so much white noise on the market it’s hard to believe what’s true and what’s a load of marketing spin. So this process has been as much about educating about the science behind good skin as well as actually using powerful products.

And I have to say I’m far more impressed than I could ever have imagined I would be. 30 days realistically is not a long time, and when you look at your face everyday it’s hard to notice the small little changes. But these changes add up day by day and the comparison photos start to show.

Now two weeks in I was convinced it wasn’t working. I had the worst hormonal breakout on my chin that I had probably had in around a year, so I was sure this was never going to work. But your body is readjusting to the supplements and products so this is always likely to happen. After sticking to it, my skin began to get clearer and less congested, and by the end of the first 30 days I had colleagues complimenting my how flawless and clear my skin was looking and asking me the deets of my newly implemented skincare regimen.

As they say though, a picture speaks a thousand words, so rather than me telling you how much better it looked, lets look at the (really sexy and flattering!) official images from my second skin analysis compared to those of the first. 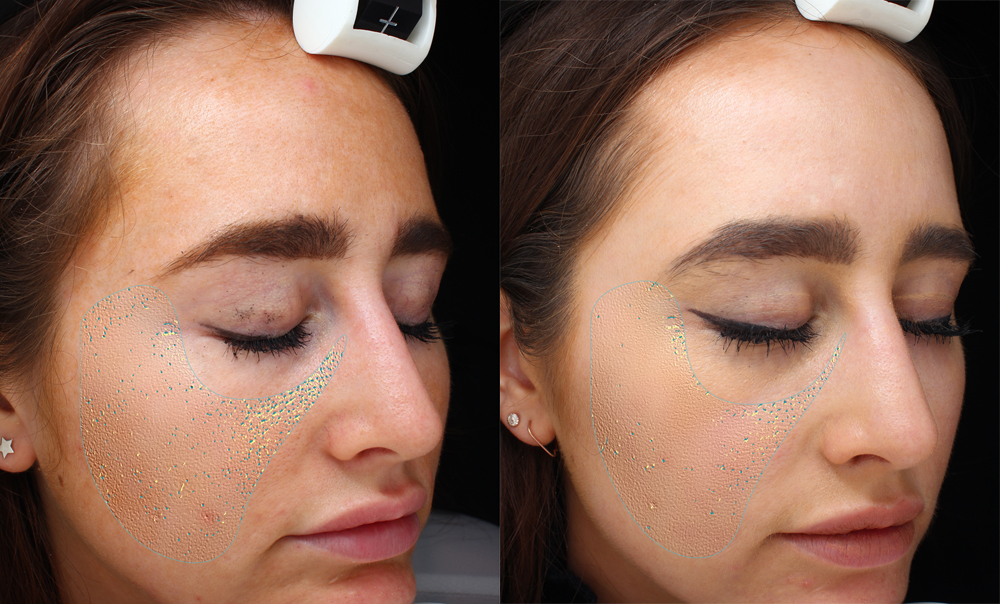 So in the first photo, you can clearly see through the yellow and blue dots that the texture is pretty patchy around my nose. After 30 days I was blown away with how much this was reduced, and you can see my general skin looks far smoother with a more even skin tone. 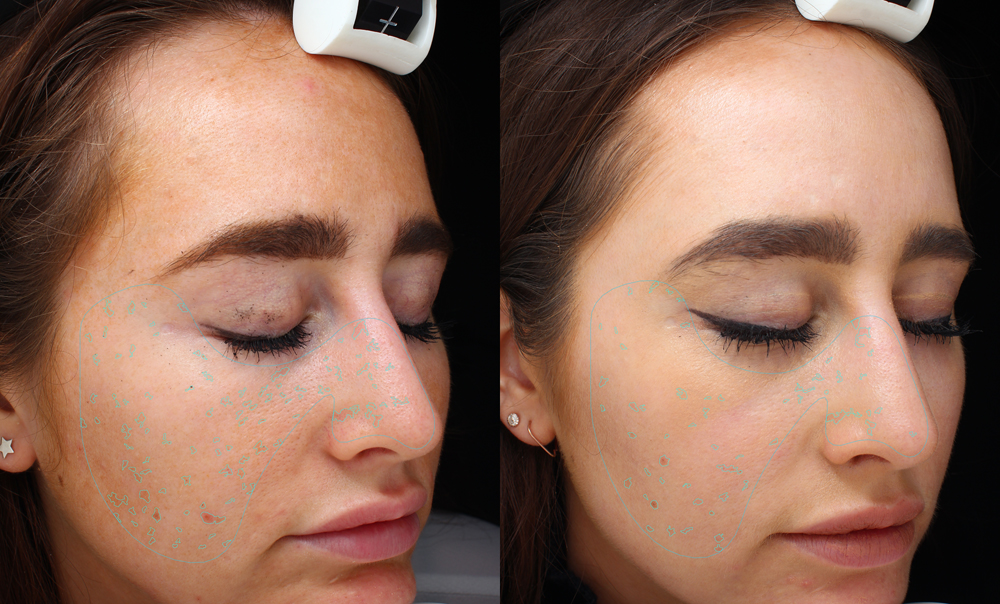 Whilst there’s still some blue marks highlighting areas in my second photo, it’s a huge decrease from my initial photograph. As I’ve said before my skin is very breakout prone, so reducing this risk is a huge benefit! Even without the marks highlighting it, you can tell how much clearer and brighter my complexion is in the second photo after just 30 days. 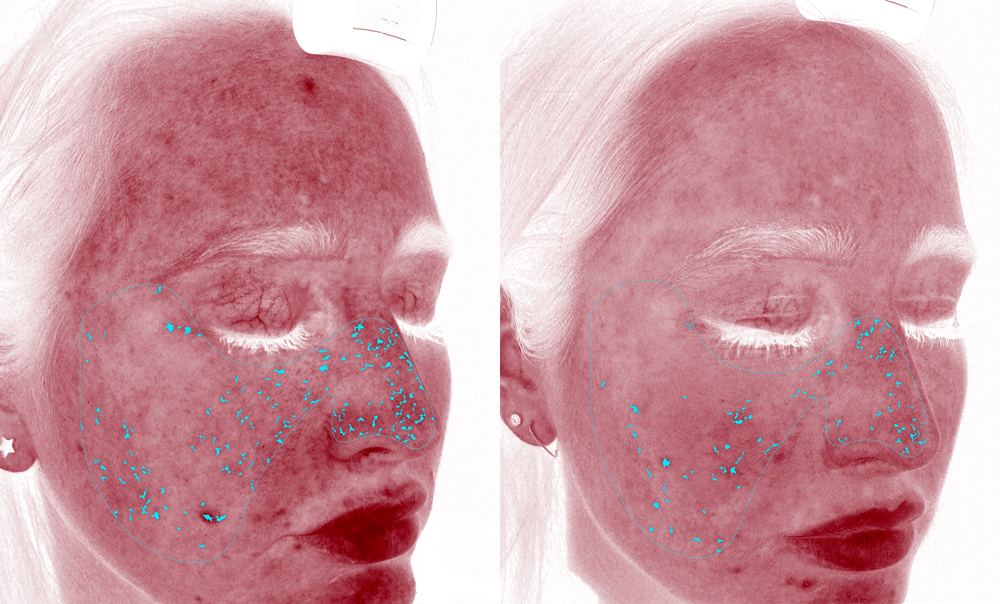 How weird is this photo?! I look like an ultrasound foetus. But, it’s great because it shows up all the red areas in my face, which once again has vastly been improved in the second photo. Still a bit of work to do on my nose, but compared to the first image it’s come a long way!

So there’s the comparison photos after 30 days. See what I mean about being impressed? If that’s how things look after just 30 days – not even a third of the way through the #100DayReset – I can’t wait to see the results are at the 60 day mark.

I’ve also added a few extra supplements to the mixer on top of my Skin Accumax. To stop any extra harmful UV damage whilst on holiday, I started taking the Skin Defender supplements before and whilst away. Plus, as I’m trying to wean myself off hair extensions (key word = trying), I’ve been using the Nail Science supplements too which are great for boosting growth in hair and nails. So I’ll be sure to update you on these!

So stay tuned to see my progress for day 60 is coming along – this post will be coming a lot sooner due to this ones delay! And remember, if you want in on this, you can get 25% off an Active Vitamin Facial and Skin analysis at Skin 3.

Terms and conditions: For new Skin3 customers only. Not suitable for Roaccutane and pregnant customers.

If you’ve been following my blog for some time now, then you’ll be fully aware about my obsession over my hair. It’s always been my…

Lifting the lid on dermal fillers   If you’ve been following Fashion Slave for some time, you’ll know that keeping it real is a strong…

Everyday when I sit in front of the mirror contouring, eyeliner-flicking, and coating up the layers of mascara, I thank the dear sweet lord (or…

Wow, okay this title sounds like a quote that could easily have been lifted from Zoolander 3, and uttered whilst looking into the back of a spoon,…

Hello guys and Happy Happy New Year! January has long been seen as the month of rejuvenation after partying way way (waaaaay) too hard through…